2020’s Journey is underway. Where are the graduates from previous years now?

Originally from Chile, Waldo Soto is a graduate from The Journey class of 2018. He spent four weeks in Timisoara, Romania, and Budapest, Hungary, and is now based in Berlin.

Waldo has run a social innovation company called 2811 for over four years. The company is named after the date in 2015 when Chile officially became unsustainable, according to the Global Footprint Network. 2811 is a global social change platform, working with companies, governments, universities and schools to ignite climate action through the co-creation of social innovations.

He talked to us about how his work has changed since his involvement in The Journey, and how he found the experience.

Hi, Waldo. Can you tell us a bit about what you’re doing?

Hi, yes! My company 2811 was originally founded in Chile and as of three months ago it’s also registered in Berlin.

The Journey was quite important, because it was through the Climate-KIC network that I learned how to apply what I was doing before in Latin America to climate change issues. I’m particularly interested in issues related to climate justice and best practices among developing countries, but also the integration of the climate action mindset and agenda within the educational system.

We were already working with different universities and schools, so I thought it would be a good idea to mix some of the things I’d learned with Climate-KIC with the clients and community we had already.

How did you find the international collaboration during The Journey?

I think we all can benefit from learning across borders. The problems we are facing in some countries are the same as people are experiencing in others. For example, if we can pilot projects in Latin America, it might be useful for other countries to learn from it. 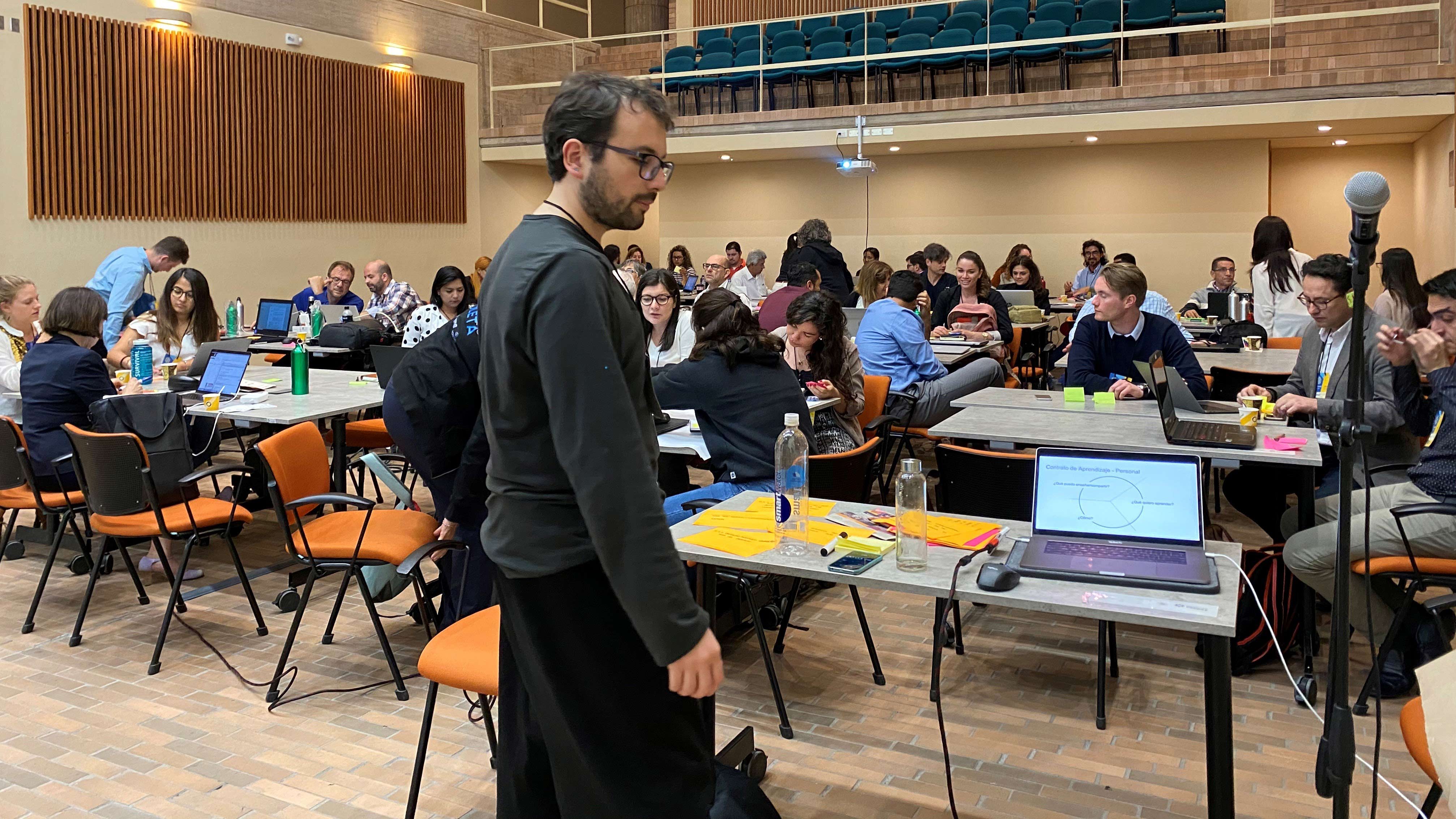 It’s great to collaborate more instead of wasting time on standalone strategies or standalone solutions just in one community or one country. This is a global issue, and the more connected we are it’s going to be easier for us.

What was the toughest thing about being a participant?

For me, it was a very particular experience because there was a lot going on at that time.

I had to deliver a report from a specific project in Chile, and at the same time I had some personal issues related to my family going on. I also had to pay attention to my Journey community, so it was quite challenging to handle and balance everything at the same time.

But I’ve learned how to handle that being a social entrepreneur. I also like to study and learn but I also have to think about my company, so everything always has to balance.

What was the key takeaway of the experience?

2018’s Journey was a great experience, mainly because of the connections I made with my group. As I mentioned, I was facing some personal issues during that time, so for me the most surprising thing was to find a community there. Truly, a community of purpose-orientated people who are friends today. We still are in contact, we still meet online, share our projects and ask each other for feedback. For instance, together with one of my Journey teammates, I’ll be hosting a summer school for climate action this year for kids in Frankfurt.

After The Journey I also started connecting with more people inside EIT Climate-KIC, because The Journey community is one part of a wider community there. I really liked the atmosphere, techniques, and tools. I ended up implementing another one of the programmes, Young Climathon, in Chile. It was the first time the event had run outside Europe.

I think for me, as a migrant entrepreneur, the biggest takeaway from the experience is this idea of belonging to a community of changemakers in Europe, and, through The Journey, I found this community at EIT Climate-KIC.